The key event for Qest4 and Asyra users in Europe and UK for 2018, will take place on May 04/05 Winchester, England.

For more details on this exciting event, please visit our QEST4 website at https://www.qest4.eu/europeanconference2018/

Scroll down for how to access the recordings of the key presentations.

The key event for Qest4 and Asyra users in Europe and UK for 2017 will take place on May 20/21 in Netherlands. This forms part of an international programme of twice yearly events, the second event for this year being in USA in the Autumn. These conferences are designed to give you as an Asyra / Qest4 practitioner inspirations, updates and  insights to make the very best of your practice.

In each of these conferences, curated by the trans-Atlantic team of Qest LLC and Qest International, we will be bringing you a wide range of presentations to help you achieve this.  We guarantee that you will enjoy this event and improve your practice !

We invite our practitioners from all across Europe and visitors from further afield to join us this May in the beautiful city of Utrecht.


If you were unable to make it to our conference this Spring, we are now offering you the chance to get online access to each key presentation via our professional recordings hosted on Vimeo. Its just £95.00 for 6 months access – watch the trailer below for more info. Scroll down the page for more about the speakers and talks.

Explore the Power of Energy Medicine – with our conference for Asyra/Qest4 practitioners from all over the world! 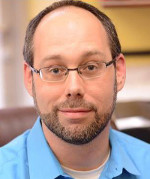 His studies began with, with a B.S. Degree in Medical Biology and a Doctor of Chiropractic degree with honors from Logan College. Chiropractic in USA is a far wider-ranging medical discipline compared to Europe. Extensive postgraduate studies at postgraduate level in Whiplash, Craniopathy, Pediatrics and Kinesiotaping.

Dr. Stéphane has completed more than 11 senior research projects at Logan College. In collaboration with Dr. Joseph F. Unger, Jr., he developed information on ADHD and Autism for use by chiropractors and their patients. Co-founder and primary developer of the SORSI-EBRN (Evidence Based Research Network) and automatic online case reporting system to improve Chiropractic research.

Publications
• Featured among Dr. Wayne Dyer, Louise Hay, Maya Angelou and others in Leaders & Legends, Pat Sampson America’s Legacy Library released September 2015.
• Beyond the Back: The Chiropractic Alternative For Conditions Beyond Back Pain: Released December 2016.
• Dr. Stéphane is co-authoring in the America’s STAR Entrepreneurs – the Power of Purpose. To be release in 2017
• Billionaire Parenting – Give your Kids the World in 2014 Stephane Provencher (www.billionaireparenting.com). 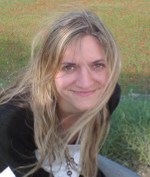 Lois Duquesnoy Asyra practitioner, Homeopath, Cranio-Sacral Therapist
Lois has been using Bio-Resonance Screening in her practice for about 4 years, after working with an Asyra practitioner to successfully resolve a case of Lyme Disease in her family. Her family has a long history of benefiting from naturopathic medicine, since her grandmother went into remission from a terminal cancer diagnosis with the care of a devoted naturopathic doctor.

Lois has been in practise for over 12 years. She believes passionately in the treatment space as a forum for education and understanding, that healing can and should be an empowering experience of learning to listen to and respond to the body. She has found Bio-Resonance to be a powerful tool to this end, and that the Asyra software is particularly good at presenting the potentially vast amounts of information available through bio-resonance, in a coherent fashion.

Her use of bio-resonance in the treatment space is informed by homeopathic case-taking, where the practitioner seeks to hear the unified voice of the body beneath the many small whispers of multiple symptoms, and prescribe on a pattern of dysfunction, rather than multiple symptom management.Since beginning to treat with the Asyra, she has been working to make it easier to decipher patterns of dysfunction from Bio-Resonance results, in order to streamline the screening process and treatment response. She works closely with a naturopathic nutritionist to put together multi-modality treatment protocols for patients.

Lois has worked as a teacher for the College of Cranio-Sacral Therapy in London since 2009 and has practices in London and Cape Town where she is currently based.

Donna DraperAsyra practitioner, Homeopath, Scenar practitioner & trainer.
Donna is a fully qualified and registered Homeopath, having graduated from Westminster University with a BSc(Hons) Degree in Health Sciences and Homeopathy. Since training in the use of the Asyra seven years ago, she has now fully integrated the Bio-Energetic system into her consultations. She has found that the combination of Homeopathy and Bio-Energetic screening work exceptionally well together.

During an Advanced training course in Asyra protocols at NutriVital Health, Donna was introduced to Scenar pain relief technology. The addition of Scenar to her practice has greatly improved the options available to her to help people in a truly holistic way. Scenar is viewed as a ‘digital homeopath’ by many Doctors and practitioners in Russia where is first originated because it stimulates the body’s own healing powers to reduce and eliminate pain.

Donna is now qualified to train Therapists and Practitioners in the use of Scenar. She works closely with Mark and his team in providing good quality professional training, both in the UK and in Holland.

In addition to being a Holistic Healthcare practitioner and trainer, Donna is also a fully qualified Health and Wellness Coach as well as an Adult Educator.

She has her own practice in the east of Kent in the UK. She is married with two adult children and an elderly dog. 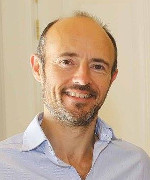 Mark ConradDirector of Qest International
Mark has been building the support network for Asyra and Qest 4 users in Europe since 2005, co-ordinating sales and training approaches with a team of practitioners. Mark is qualified in nutritional therapy, EFT, NLP, Scenar Therapy, Breathwork and has studied a wide range of healthcare approaches.

Working with hundreds of different practitioners across a huge range of disciplines over the last 10 years to integrate energetic medicine into their practices has given him deep insight into the requirements for success in this field.

Mark has a background in finance and information technology. He is a member of the executive team of the International Breathwork Foundation as a voluntary role.

His special interest is in communicating the energy medicine approach, in all its forms, to different audiences. 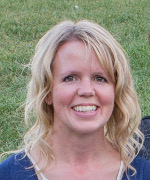 Carol GallowayDirector of Qest LLC
Carol Galloway has been the Director of Qest LLC since its beginning in 2013. Prior to her engagement with the business, Carol spent time as an Asyra practitioner from 2009 to 2013. With over 10 years of mentoring from her husband, Mark Galloway, she has had the unique opportunity of seeing the progress of the technology throughout its development.

Carol is a Certified Nutrition Therapy Practitioner from Nutrition Therapy Institute and has a BS in Family and Human Development from Utah State University. As one who values continued learning, she is currently seeking further training in energy work and herbal healing.

Carol and Mark Galloway have been married for 14 years and together have seven children and one grandchild. 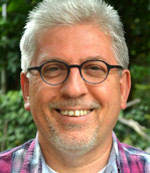 Kees BezemerSenior Trainer for Qest4 / Asyra in Netherlands
As a senior Qest4 trainer, Kees delivers basic and advanced training for users in the Netherlands, organises the workshop day series for Dutch users and plays a significant role in evolving the Qest4 software.

With a university degree in linguistics and literature and a small career in education, he started a publishing firm in the 90s. After studies in theology and counseling he also worked in pastoral care, besides publishing books on pastoral and health issues.

Since 2012 he is a qualified orthomolecular nutritional therapist, and has been using Asyra technology in his practice, looking for the best energetic treatment with nutrition for body and soul.

After losing mother at a young age to cancer and almost losing father to chemical poisoning also at a young age redirected career to alternative health care.

Natural Healthcare Lecturer and trainer since 2000.

Partnered with Buffy Newell and opened Natural Solutions For PHC in Sylvester, GA in 2006.

Nathalie AlbrechtOrthomolecular therapist PNEI and Asyra practitioner
Nathalie is from Antwerp, Belgium. Nathalie runs a private practice, co-teaches Re-ease Therapy with N. Castleton, she has a Master in Economics.

She is a HR consultant with corporate vitality, and a HSP. She is a bridge builder between bio-energetic and allopathic worlds (close network of osteopaths, reflexologist, gyneacologist and several doctors).

Catheleyne Everwijn - van Erp
Catheleyne studied Classical Violin, Bankruptcy Law and Economics before working in the International Banking Sector. In 2012 she started her own company Ferrera in Blue, where she can express her creativity and business insights. She is an autodidact and from the age of 6 she showed interest in Einstein and the theories and science about “energy”.

Over the years, she devoted her time next to her business on studying quantum physics and neuro-science. Based on this knowledge and experience she is coaching companies and private people with great results. She is a frequently asked speaker.

Energy, interaction and quality, speaking from the heart, is what she brings and she makes sure how to captivate her audience from beginning to end.

Paramount is the interaction with her clients, sharing their stories and worries.
Heidy firmly believes that the mental and emotional factor is preeminent in the process of healing.

During her nine years of practicing, many fascinating examples have confirmed her theory and she can’t wait to share them with you.

Heidy’s story comes straight from the heart and will leave you amazed.

The two day event is being held at Hotel Mitland in Utrecht and we have snapped up the luxury conference room, the ‘Vijverzaal’, which has a lovely view overlooking the lakes of ‘Fort de Bilt’.

Timings to  be confirmed and may be subject to change

In the center of the Netherlands, Utrecht is a medieval city set among canals. It has a lot of diverse museums, great places to eat and things to see and do.

“Urecht’s cosy centre is like an open-air museum, and nearly every brick has a story to tell. The history of the city dates back to Roman times. But the Middle Ages also left their traces on the city. And you can see them everywhere. You’re standing here on top of the border of the Roman Empire. And the countless houses, churches, monuments – and the characteristic wharves, of course – commemorate that rich history. And let’s not forget the surroundings of Utrecht. It is surrounded by impressive citadels, forts and castles, including Kasteel de Haar, the largest castle in the Netherlands. Take a tour to the forts and hear the exciting stories of the Nieuwe Hollandse Waterlinie, or literally climb to the top of the Utrechtse Heuvelrug: the Pyramid of Austerlitz.”  [visit-utrecht.com]

You can learn more here.

Visit our Nutrivital home page for access to all our offerings; supplement shop, energy medicine systems and clinic website.

The SCENAR is a hands-on treatment device that is highly effective in treating acute and chronic pain and can do much more. Originally developed by scientists and doctors for the Russian space programme, the SCENAR Pro is now being used routinely in hospitals by medical professionals and top athletes.

The Asyra Pro is the most advanced, flexible and user-friendly bio-energetic screening available today. Get in touch and let's see how we can help: